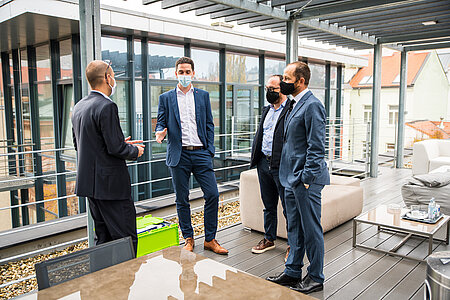 With the order of the Central Crisis Staff, secondary school students have been studying at home for more than three weeks. According to estimates by the Banská Bystrica self-governing region, up to 10% of students do not have access to online education because they do not have a computer.

Immediately after the decision on the general closure of secondary schools and their transition to distance education, the Banská Bystrica self-governing region prepared a call in which it asks companies and individuals for help. If they have the opportunity to provide computers to take part in the challenge and help children gain access to education even when they have to stay at home. "These are mainly children from socially weaker and disadvantaged families who need equipment in order to be able to study at home. According to the data sent by secondary schools in the founding competence of the region, there are 2694 such children in the whole region," said Ondrej Lunter, deputy chairman of the Banská Bystrica self-governing region.

One of the first to lend a helping hand is the law firm Taylor Wessing. "It was absolutely natural for us to take part in this challenge, because we have social responsibility in our DNA. We contacted AfB, a company that focuses on refurbishing and selling computer equipment and employs people with disabilities. We procured 10 computers, which we donated to BBSK," says Andrej Leontiev, a partner at the law firm Taylor Wessing, which is also one of the founding members of the Circular Slovakia platform, this platform aims to transition Slovakia into a circular economy.

"We are glad, that we were able to help in this way as well. We take over discarded hardware from our partner companies and, after certified erasure of data stored on this hardware, refurbish it, so that it can be used again. This prolongs its life cycle, saves natural resources and reduces greenhouse gas emissions," says Marek Antoňák from AfB.

"We will urge the Ministry of Education to provide Internet access for such children - and also for teachers. There was half a year to prepare, I believe they are better off than in March,"  added Ondrej Lunter. For those who do not have the opportunity to bring a computer physically, but would like to help, the BBSK Development Agency has set up a transparent account to which any amount can be contributed: SK82 0900 0000 0051 7440 4163.

A few important facts to conclude:

We use cookies to provide you with an optimal website experience. This includes cookies that are necessary for the operation of the site and for the control of our commercial business objectives, as well as cookies that are only used for anonymous statistical purposes, for comfort settings or to display personalized content.

You can decide for yourself which categories you want to allow. Please note that due to yoursettings, not all functions of the website may be available.

You can find further information in our data protection statement (Available in Slovak language).

These cookies are absolutely necessary for the operation of the site and enable, for example, security-related functionalities.

In order to further improve our offer and our website, we collect anonymous data for statistics and analysis. With the help of these cookies we can, for example, determine the number of visitors and the effect of certain pages on our website and optimise our content.

We use these cookies to make the use of the site easier for you. In this way we can see whether you need support and provide you with a customer advisor via a chat.